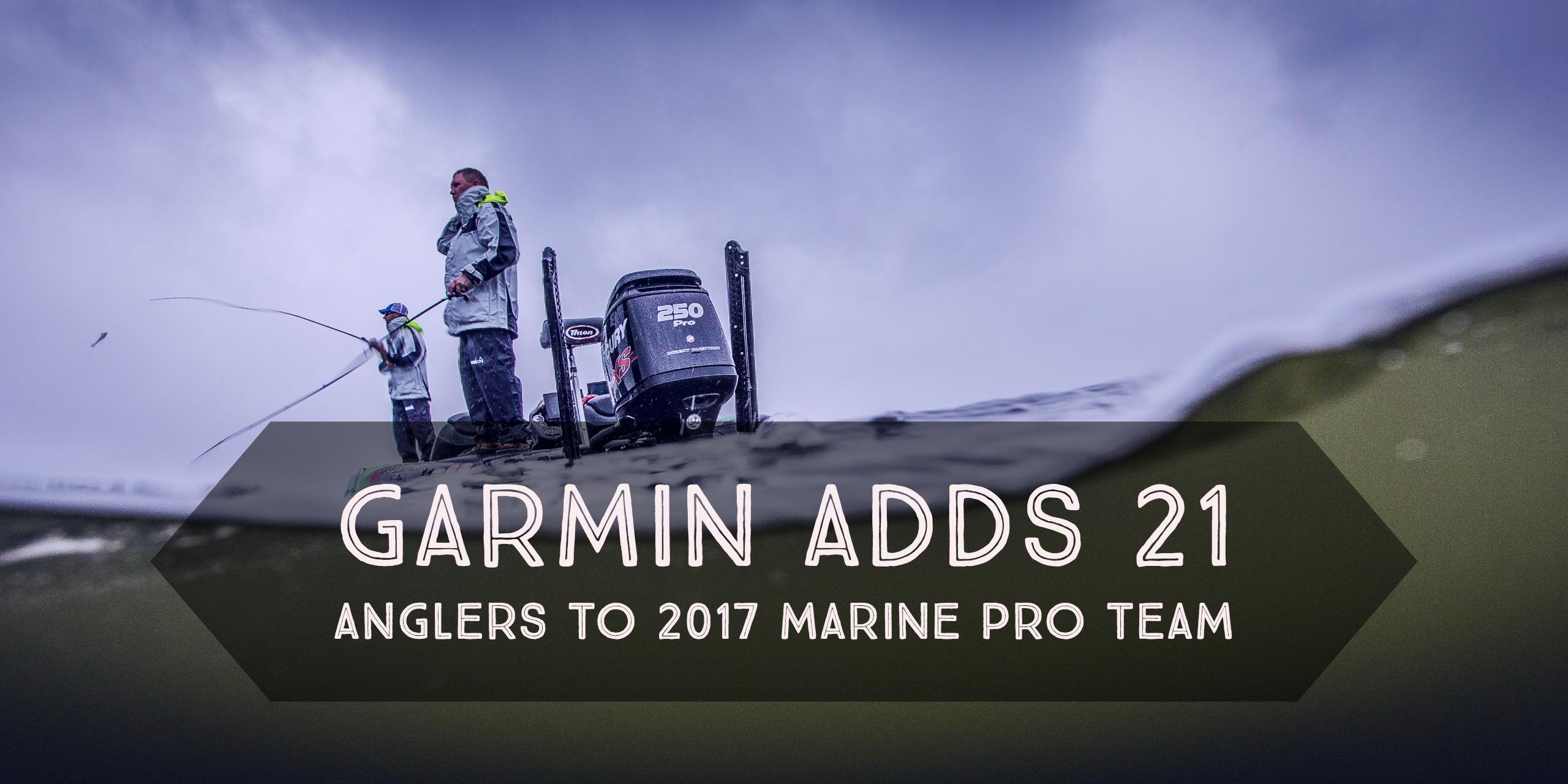 Garmin is proud to announce the addition of 21 professional anglers to its 2017 marine pro team. The new additions round out the Garmin team of nearly 70 professional bass, walleye, and crappie fishermen who will be representing Garmin in tournament circuits across North America, including the B.A.S.S. Elite Series and FLW Tour.

The 2017 pro team will use Garmin electronics on their boats and during tournaments, television shows, and in public appearances. They’ll be equipped with detailed lake maps and best-in-class electronics and technology, including the National Marine Electronics Association award-winning GPSMAP 7600xsv series chartplotters ranging in size from eight- to 16-inches, and the Garmin Panoptix PS-21-TR all-seeing sonar. Garmin was the first to bring Panoptix sonar imaging to the water, giving anglers the ability to see all around their boat in real time.

Follow Garmin Fish & Hunt on social media for tips from our pros, videos and blogs to help you become a better angler.