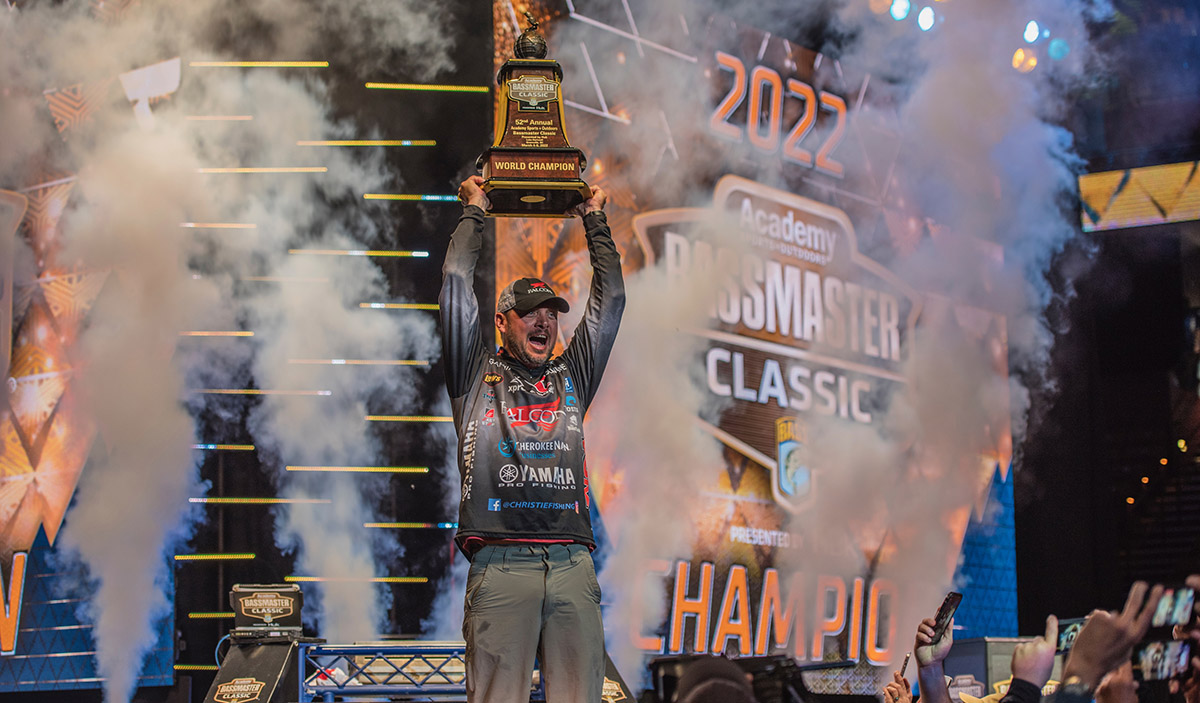 Garmin Pro Jason Christie won the 2022 Bassmaster Classic. Of the top 10 finishers, nine had Garmin LiveScope™ on board.

The results are in, and it’s unanimous. On championship Sundays, more champions choose Garmin than any other brand. This year Garmin’s Jason Christie took home the Bassmaster Classic trophy (and the $300,000 cash prize) with a three-day total of 54-0. Not far behind were more Garmin-sponsored anglers — Stetson Blaylock, Justin Hamner and Chris Johnston, who finished third, fourth and fifth, respectively. But it doesn’t end there: Nine of the top 10 anglers  used Garmin LiveScope (often referred to as forward-looking sonars) in the bass fishing community.

Christie’s boat was fully outfitted with Garmin tech, and he credited LiveScope for the win.

“The fish that I was targeting out deep were not on anything. They were suspended and roaming, so without LiveScope I would not have been able to see those fish, much less have a remote chance of catching them,” Christie said. “And then in practice and also in the tournament, I was able to use LiveScope around the docks, and see isolated fish, brush piles, ditches, shallow water, all of that good stuff. So I utilized it all the way from 35’ deep to 2’ deep.”

“Mapping really came to my rescue on the third day. I had pretty much run out of fish and was able to utilize my maps to locate docks sitting on high points. I could literally just run up to the shallowest docks and fish those and move on. Every fish that I caught on the third day came from docks that I didn’t visit in practice, so being able to utilize the mapping just let me run my pattern.”

Ready to fish like a pro? Click here to buy LiveScope and here to browse Garmin’s selection of chartplotters to make the most of your time on the water.