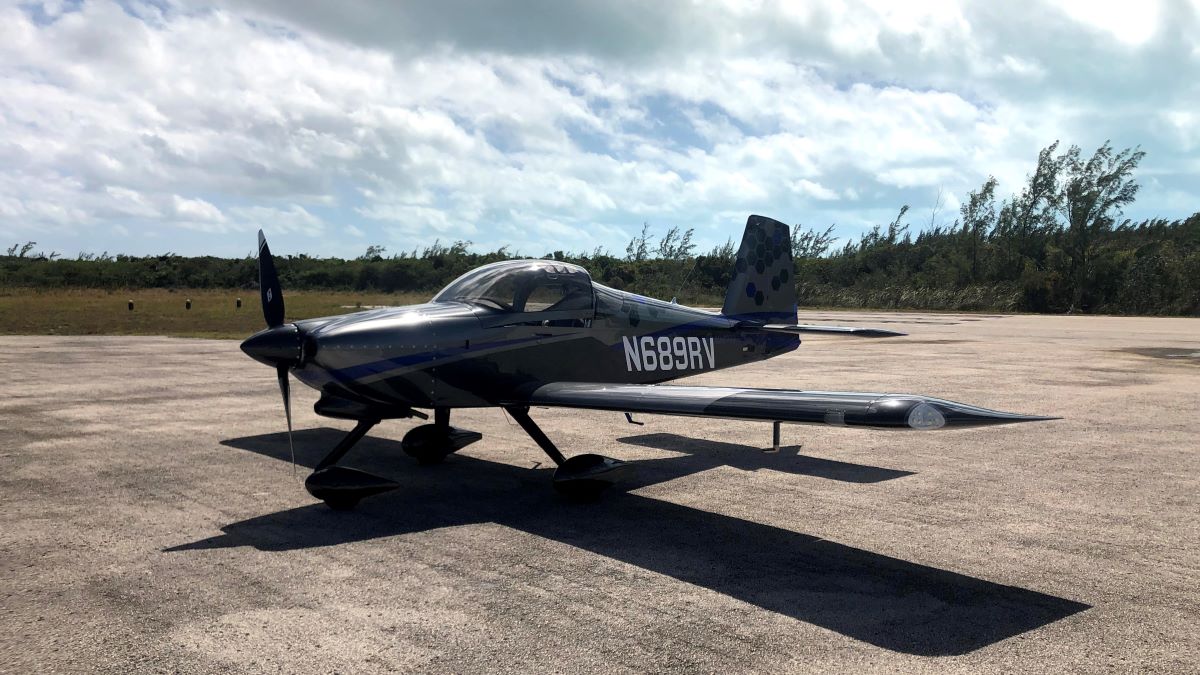 12,000 Mile Journey: Wisconsin to Brazil and Back in a Homebuilt Aircraft

Guil Barros was browsing the Aeromart at AirVenture Oshkosh, an annual U.S. gathering of aviation enthusiasts, when he spotted an RV-9A tail and empennage kit in a caged off area. Three years and about 2,500 after-work and weekend hours later, he had himself a fully built aircraft.

Barros works in computer technology, and prior to building his own aircraft, had logged about 40 flight hours a year as a hobby aviator in his older 172. He didn’t necessarily consider himself a serious aviator, and certainly not a plane builder.

But suddenly Barros was the owner of that RV-9A kit — and filled with the determination to eventually fly it for real.

To maintain motivation, and maybe a little bit of sanity, Barros just took it day-by-day, tackling small tasks each day.

“It’s just about managing a big project and managing your expectations for what you’re going to get out of it every week,” he said.

Fortunately, Barros is a part of a large experimental aviation community. He had plenty of experts and fellow aircraft builders, including Garmin Team X, to lean on. And throughout the process, Barros had airplane mechanic friends come and look over the airplane.

“I wanted as many people as possible to look at the airplane before I flew it,” he said. “I told them, ‘You’re not going to hurt my feelings if you find a problem with it.’”

Once it was fully built, a Federal Aviation Administration official inspected the aircraft, which was followed by a 40-hour flight test period within a limited area. By the end of that test period, Barros was having some serious fun in his new airplane. He spent the next 18 months flying it wherever he could.

Eventually, Barros felt ready for a serious trip. While Alaska was tempting, Barros spent the first 19 years of his life in Rio de Janeiro, Brazil. He felt strongly that a return to his homeland and family would be the most meaningful trip he could take after all those years building an aircraft that could take him there.

Planning the trip — including building a route and itinerary, planning out fuel stops, getting approvals, researching lodging options in the various countries, and packing and prepping equipment — overtook his after-work and weekend time that was once spent building his airplane.

Finally, in early 2020, Barros and his wife took off from the Madison, Wisconsin, airport. They flew south to Florida, headed east towards The Bahamas, the Dominican Republic, Puerto Rico and Antigua, and then south along the French island chain of the Caribbean — touching down to fuel up and spend time exploring each destination.

Finally, a little over a week in, they reached South America.

The trip had been fairly straightforward through that point, but South America doesn’t have as much general aviation, so it took time to obtain approvals and airport and weather information. That’s where his inReach® satellite communicator came in handy.

“It was a lot of planning and a lot of keeping our eye on what the weather looked like,” Barros said. “I think that was where the inReach Mini really, really shined. I don’t think I would ever do a trip like this without being able to communicate with the ground.”

Throughout the flight, Barros used the inReach to communicate via two-way text with airport officials and pilot friends on the ground.

“We were getting messages on the inReach throughout the flight about weather reporting and conditions,” he said. “Or they would tell us ‘Hey, the weather here is not great, why don’t you continue to this next airport that’s only another hour away, and we’ve already called them to check that there’s fuel there waiting for you.’ It made a stressful and detailed planning situation significantly easier.”

They also had the inReach tracking their trip and sending track points to their live MapShare™ page so friends, family members, fans and the media could follow along.

“We had a lot of people watching the trip,” he said.

It certainly was a trip of a lifetime for Barros and his wife. They relished the new sights of his homeland from a bird’s-eye view, such as flying over the Amazon River.

“That was absolutely gorgeous,” he said. “Green — so many different tones of green. Seeing the hills and the rivers from above was just incredible.”

They also enjoyed their stops at some of the smaller, lesser-known airports along the way, like the one that was within the Amazon rainforest.

“You’re suddenly in the rainforest, right?” he said. “It’s like you’re in a movie. You’re in a gorgeous forest with these animals and these birds that you only see on TV. It was incredible.”

Barros was charmed by the people he met along the way, too, who offered space in hangars, places to stay the night and dinners at local flying clubs.

One airport in Brazil had a more complicated runway than he was used to. It was a little shorter and tighter, with surrounding hills, and he felt apprehensive about flying in and out. But while touring the area, Barros got to chatting with a man who turned out to be a flight instructor.

“He said, ‘Let’s go – we’re going to get you comfortable,’” Barros said. “So we hopped in an airplane and spent a couple of hours just practicing getting familiar with that airport.”

And when he finally touched down in Rio, Barros was met with a crowd of people and fanfare.

“The story that the news put out was about the wayward son of Brazil coming back in his homebuilt aircraft,” Barros said, laughing. “They were excited about it.”

On his way back, Barros opted to fly along the coast of Brazil.

“That was just one beautiful flight after another following the eastern shore of Brazil,” he said. “The views were just of beautiful ocean and beaches. It was phenomenal.”

Once he got back to Wisconsin, the only thing Barros could think of to have done differently was pretty simple.

“I just wish I had done it over six months instead of one month,” he said. “There was so much to see and so many people we wanted to spend time with that we met along the way.”

While the trip was beautiful and filled with positive experiences, it did take immense planning and logic, both beforehand and along the way. His biggest piece of advice? Plan ahead.

“It’s important to keep an eye on where you’re going,” Barros said. “What is the complexity of doing this? Do the places that you’re going usually handle general aviation? Because if they don’t, it’s going to be more complicated.”

He also recommends that pilots be aware of where they’re going to be flying when packing survival gear. The most nerve-wracking portion of the Wisconsin to Rio journey for Barros was the flight from Grenada to Georgetown, which was the longest stretch over the ocean he encountered. He and his wife wore life jackets for the entire flight.

But, in the end, after 600 gallons of fuel, 92 hours in the air and 12,000 miles flown in his homebuilt aircraft, Barros wants other aviators to know one thing:

“It’s not difficult,” he said. “This type of trip takes planning, but it’s not hard. And, ultimately, it’s such a cool experience. So just do it.”