Garmin Pilot now includes a host of new and updated features within our latest software release, version 8.6 for iOS. With the new release, the popular logbook feature adds photo storing and improved auto-logging capabilities, while the checklist tool is enhanced. New features include a fuel planner, expanded SiriusXM weather offerings and integration with our new inReach Explorer+ and inReach Explorer+. 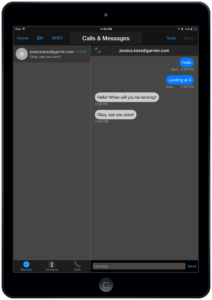 We recently announced the launch of the inReach SE+ and inReach Explorer+, satellite communicators featuring global Iridium satellite coverage for two-way messaging and SOS alerting anywhere in the world. Garmin Pilot version 8.6 includes Bluetooth pairing with these two new devices, providing GPS location data and the capability to send text messages from Garmin Pilot. A satellite subscription is required to take advantage of these features. 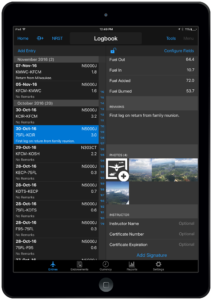 The popular logbook feature just got better – pilots are now able to attach unlimited photos to flight entries. The photos may be taken while in-flight using the mobile device’s camera, and are automatically added to the provisional logbook entry. Photos can also be attached to existing logbook entries from the device’s photo library or via flyGarmin, plus securely stored and synced across all devices. 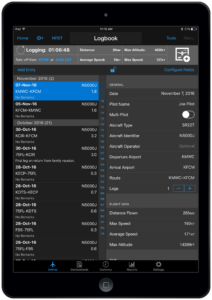 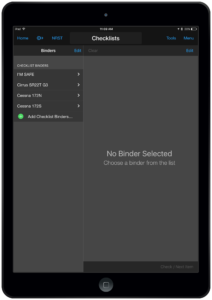 For pilots who own or fly multiple aircraft, the checklist feature now able to customize the order of checklist binders. 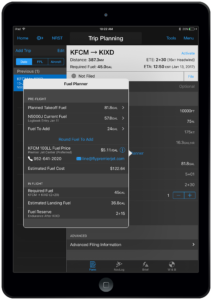 With the new Fuel Planner feature, pilots can order fuel directly with an FBO via email. Simply select a preferred fuel provider/FBO or Garmin Pilot will choose the provider with the lowest fuel price. This tool, which is fully integrated with the Garmin Pilot logbook, incorporates the remaining fuel from your last logbook entry in the calculations. It is also flexible allowing pilots to elect to top off the tanks, take on the maximum fuel based upon weight and balance calculations, or incorporate 30, 45 or 60-minute fuel reserve. 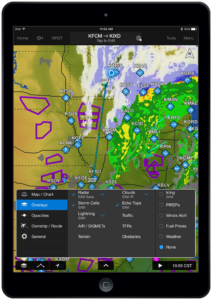