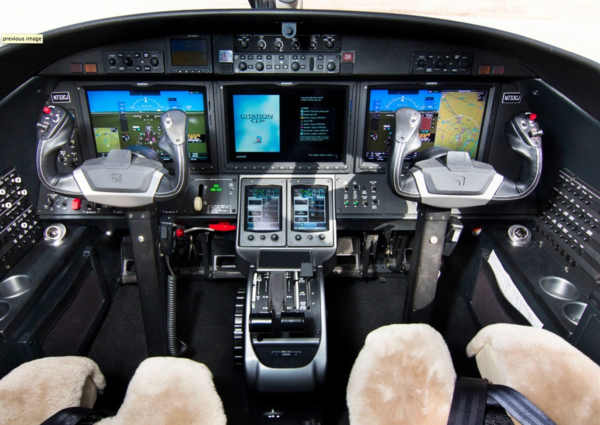 Last Friday Textron Aviation celebrated as the new CJ3+ achieved FAA certification. Also adding to the excitement, the G3000 is featured as the flight deck for the CJ3+, offering customers an advanced avionics suite with the latest in cockpit technology.

The CJ3+ offers owners and operators enhanced capabilities and significant improvements including an updated interior and of course, upgraded avionics! The G3000 in the CJ3+ will feature turbulence detecting weather radar, Traffic Collision Avoidance System (TCAS) II, and Terrain Awareness Warning Systems (TAWS), providing pilots of the new CJ3+ enhanced situational awareness and state-of-the-art capabilities. Cessna’s new addition is also ready to meet the demands of NextGen and is equipped to comply with Automatic Dependent Surveillance-Broadcast (ADS-B). The new Citation CJ3+ provides a maximum seating capacity for nine and a range of 1,875 nautical miles, offering non-stop operations between a number of city pairs including Washington D.C. to Mexico City. The CJ3+ is also certified for single-pilot operations behind the G3000 integrated flight deck.

Once again, we offer our congratulations to Textron Aviation regarding the certification of the Cessna Citation CJ3+. We are thrilled to support the CJ3+ with the G3000 integrated flight deck and look forward to providing customers with state of the art avionics on a beautiful airplane!