The numbers are finally in. And even if it seems like we say it every year, this year’s EAA AirVenture Oshkosh was truly fantastic. The show featured something for everyone – legendary vintage aircraft, iconic warbirds, modern military jets and so much more. The grounds were packed with people and planes; so many planes, in fact, that the general aviation parking grounds were full before the show even started! 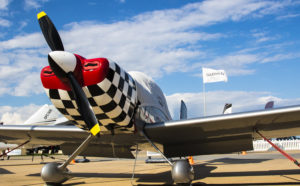 The increased traffic at the show was obvious, as customers flocked to see our latest avionics. We announced several new products including the GFC 500/600 retrofit autopilots for general aviation aircraft, the D2 Charlie – our third generation pilot watch, plus new GDL 52 series portable ADS-B and SiriusXM receivers and our GDL 82 simple, cost-effective ADS-B “out” solution. The GFC 500 and GFC 600 autopilots were undoubtedly a star of the show, as owners were excited to learn about a cost-effective solution for older aircraft.

The new G3X Touch Academy, covering the installation and operation of our popular flight display for experimental aircraft, perfectly complimented our daily seminars that covered everything from flying with the Garmin Pilot app to the most advanced retrofit avionics. Our hands-on GTN training classes were full each day during the show where attendees learned tips and tricks of our 750 and 650 series touchscreen navigators in real world scenarios. 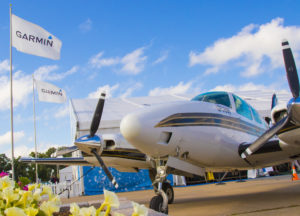 Our next tour stop is on the horizon as NBAA 2017 rapidly approaches. The business aviation show takes place October 10-12 in Las Vegas, Nevada. Follow us on Facebook, Twitter and Instagram for all the latest aviation announcements, news and stories.