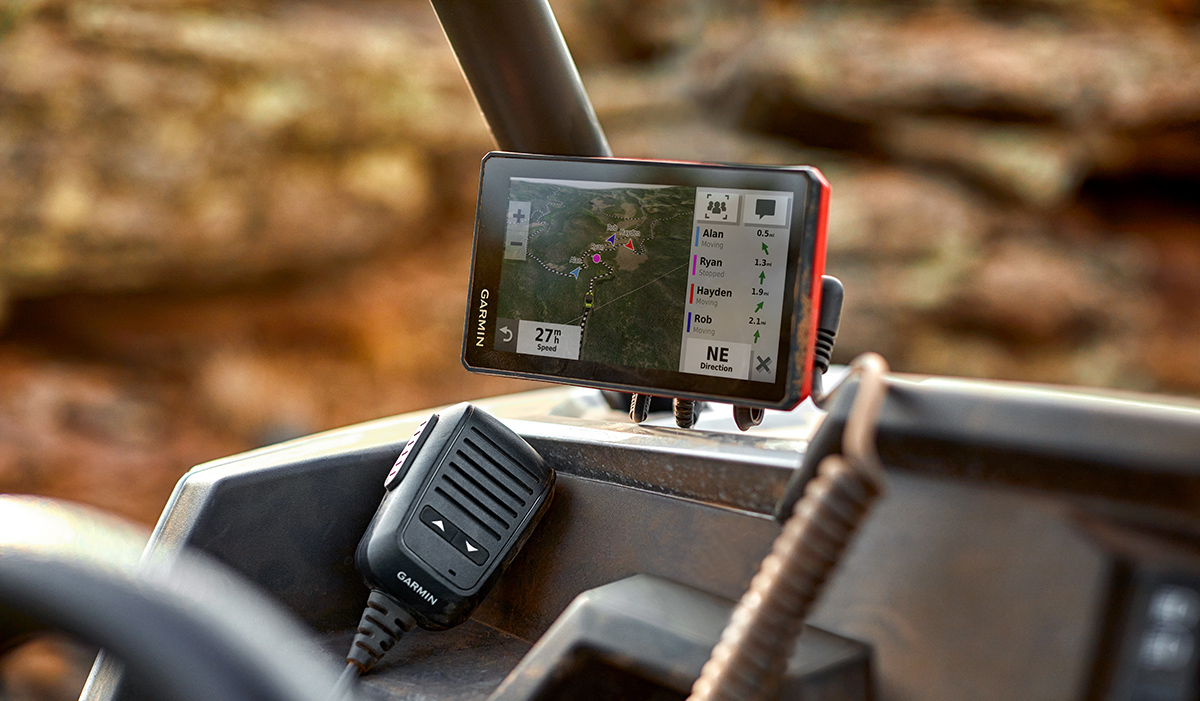 “It’s got the most functionality and a variety of features — it seems to be the most tailored for this.”

Wade Middleton is the president of Careco Outdoors, the director of the Association of Collegiate Anglers and the co-host of the Garmin Americana Outdoors channel — so essentially, anything he has to say about hunting and fishing is typically worth listening to. He travels worldwide but works predominately from a ranch in Texas, where he collaborates with some of the biggest names in the outdoors space to get up to all sorts hunting-related shenanigans, and recently, he’s been testing out the Garmin Tread™ on his side-by-side.

Tread is a rugged powersport GPS navigator that lends itself to the perfect off-road experience, and for Middleton, that’s centered around hunting and ranching.

“We mounted it on side-by-sides, where 95% of our use is around hunting, off-road riding, ranch work, things along those lines,” he said. Middleton got his Tread in March when it was first released and as a longtime user of Garmin handhelds for navigating while off-roading, he was immediately impressed.

“I’ve used [Garmin handhelds] for navigating and getting around for a long time. But this is just the easiest, I think. It’s got the most functionality and a variety of features — it seems to be the most tailored for this. There’s just so much functionality and so many accessories to put on a Tread.”

In particular, he’s a fan of the screen size.

“It’s easy just to glance up and see where you’re going. We’ve downloaded BirdsEye Satellite Imagery onto everything. So I can glance up, see where we’re at, where we’re going, whether it’s a new property or in an area that we don’t do a lot, or give it to somebody else to run around with. You can see everything — if there’s a creek, a pond, a trail, a road, different changes in the terrain. It’s just right there in front of you the entire time. And it’s far more detailed than the maps in our cars. With BirdsEye imagery, you can see it down to the tree and the bush that’s coming up ahead of you.”

In the outdoors, durability counts for a lot too — something Middleton has experienced firsthand with Tread.

“Man, that thing’s tough,” he said. “I’m hard on equipment and hard on gear. That’s just my nature. It gets thrown in backpacks, trucks, side-by-sides. I didn’t get it mounted well enough, and I knocked it off and watched it bounce down the road. All I had to do was dust it off. It’s a pretty tough product to be able to handle just about anything somebody’s gonna dish out.”

He also emphasized the importance of staying connected, regardless of where the hunt takes you.

“Lots of places where you hunt and fish, you don’t have cell phone coverage,” Middleton said. “As much as the world is connected now, some of the places we go truly don’t have cell phone coverage. When you have this, you’ve got your topographic maps right there, and if you’re private or public — it’s all right there. You can download the different maps to give you boundaries.”

“The other thing,” he said, “would be the ability to pair with the Garmin inReach® satellite communicator1. You can tell your wife and your friends, ‘Just checking in.’” And the safety aspect of inReach — I don’t even know how many people get hurt and can summon help that way. So I think it’s pretty multifaceted. I guess from my standpoints it’s an evolution of all the features from several different handhelds into one unit that just kind of allows you to put it on your side-by-side, put it in your truck, put it in your backpack — it’s a pretty all-encompassing unit at the end of the day.”

Ready to roam the unknown? Outfit your vehicle with Garmin Tread today.

1Sold separately; active satellite subscription required for the inReach device. Some jurisdictions regulate or prohibit the use of satellite communications devices. It is your responsibility to know and follow all applicable laws in the jurisdictions where the device is intended to be used.