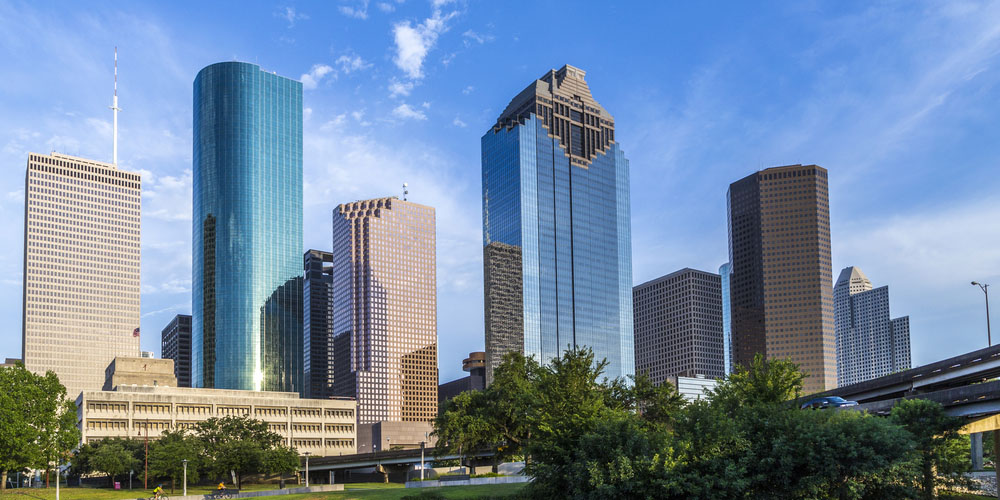 Big Game, Big City: Getting Around in Houston

You’ve landed in Houston for the Big Game, but now what? As with many things in Texas, Houston is super-sized—it’s a lot to take in when you’re only there for a short time. Here are a few tips for making the most of your visit and creating an experience to remember in Houston.

Houston is home to a number of unique attractions, including the Downtown Aquarium, the Space Center Houston and the Houston Museum of Natural Science. And if you’ve built enough time into your trip, you might think about buying a Houston CityPASS, which will get you into those three venues, plus your choice of two more attractions, including the Museum of Fine Arts, the Houston Zoo, The Children’s Museum or Kemah Boardwalk (all-day rides!).

Of course, Houston also boasts an exceptional number of world-class restaurants that you’ll want to sample while you’re in town. You’ve really got to try a steak from one of the city’s renowned steakhouses, but even if that’s not your thing, there are many excellent seafood and Mexican restaurants that will have you planning your return trip before you’ve eaten dessert.

With so many choices, where do you begin? The Garmin Drive series of navigation devices can get you pointed in the right direction, with built-in TripAdvisor ratings that will guide you right to the best restaurants for breakfast, lunch and dinner. Additionally, the Trip Planner tool can help you make the most of your travels by pointing out interesting stops along the way.

If you’ve given yourself enough time in Houston, why not take in some of the great events that will be happening in the days leading up to the Big Game? From concerts to food festivals to parties, there’s a little something for everyone happening throughout the week.

Top-flight recording artists such as Bruno Mars and Taylor Swift will be putting on special performances ahead of the game, while celebrity chef Guy Fieri is hosting a tailgate party with former pro football players. If you’re looking for a high-stakes outing, there’s even a celebrity poker game hosted by actor Josh Brolin that you can get in on.

Driving in the City

While NRG Stadium is located close to a number of major highways, navigating Houston by car can be infamously challenging at times, especially with a major game-day crowd in town. You’ll want to pay attention for temporary road closures in the area of the stadium, as well as traffic alerts throughout the week of the game.

If you’re not familiar with the best ways to get around, you’ll definitely want some help in order to make it to the stadium (or your pre-game tailgate destination) on time. The Garmin Drive series can cover your needs there as well, with live traffic updates and parking information, so even if you’ve never been to Houston, you can get around like a local.

Built in 2002, NRG Stadium is one of the country’s most advanced and comfortable modern sports facilities. The venue has an open feel throughout, due to the extensive use of glass paneling along the walkways, so you can always see the action on the field—even if you’re walking to your seat or waiting in line for a snack.

All that glass contributes to a glowing effect in the stadium at night, so it’s quite the atmosphere. It’s also the perfect place to document a memorable game day experience and capture some truly beautiful shots with a Garmin VIRB action camera.

To further ensure you don’t miss even a single play, the stadium is equipped with one of the biggest HD video displays in all of sports. The giant screen is almost 300 feet wide and occupies one entire end of the stadium, providing the kind of detail that will allow you to boo or cheer the referees with 100-percent certainty after watching replays for yourself.

The stadium holds more than 70,000 fans for sporting events, and there are plenty of seat locations and ticket-pricing options available, as well as club-level seats and luxury suite packages. If you’re going all out for the Big Game, NRG Stadium can certainly deliver the experience you’re looking for.

You’re in luck here, because Houston in February is generally pretty darn nice. The average high temperature is a perfectly comfortable 67 degrees, and it’s also the driest month of the year on average, with under three inches of rain. You certainly won’t have to gear up like you would for a playoff game in Green Bay or Foxboro!

And even if the weather on game day isn’t perfect, no worries—NRG field features a retractable, fabric roof that opens and closes along the 50 yard line. That means if it’s not raining, you get to take in the game in an outdoor atmosphere with the roof panels retracted all the way to the end zones, but if Mother Nature isn’t playing nice you’ll be treated to a closed-up roof overhead.

You’re in for a great time when you come into Houston for the Big Game, and planning your moves around town and documenting the whole experience will only make it better. Enjoy the adventure!

Adam Young is the founder and CEO of Event Tickets Center. He writes on his experiences with events and venues to inform and inspire readers to get out and experience something new.